It’s nearing the end of December, and I’m starting to think about my year in review. I’m tempted to call it my annus horribilis, but that wouldn’t be quite fair. Maybe I should call it my year of transformation.  Like drawing the Tower in a tarot deck. Yes, I think that’s more accurate. 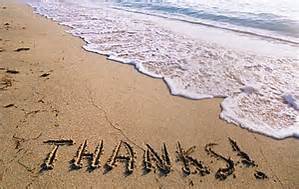 It started right  in January. I was making yet another cup of tea for S. Watching the milk turn the brown liquid creamy, the thought, “I wonder how many hundreds of cups of tea I’ve made for her?” popped into my head. The answer seemed endless.

That cup of tea served as the impetus to take a good look at my life. I was in a relationship that was being kept alive by my herculean efforts. S was growing more and more distant and disinterested in me. I wasn’t ready to face the truth,  but I decided I had to quit being the supporting cast in her life, and become the star in my own.

My passion has always been writing. Mostly as a tool for personal growth, and for fun. This was where I would begin. I turned a corner of our bedroom into a tiny study with a big, comfy chair, a bookshelf and a side table to hold the coffee I made for myself. Once I put pen to paper, I couldn’t stop. When I began, I had a vague idea S would not be pleased. A writer herself, she told me right at the start, “there can only be one sun.” I didn’t expect support from her, but it was as if I had thrown down a gauntlet. She vocally resented the hours I spent in my little ‘office’, and called my writing a hobby. As the weeks went on and it became evident I wouldn’t stop, our relationship began to break down further. Writing my words gave me confidence, seeing them cover page after page, I felt empowered. I was really writing! I stopped being the servant and asked for, and later demanded help with housekeeping chores. As my request went ignored, I realized more and more that S was using me. Emotionally, physically and financially. Those are hard truths to face up to. Thus began my dark night of the soul.

I looked and what I saw wasn’t pretty. The only way S and I could function in a relationship was for me to erase myself completely and live  for her. The cost was exceeding the gain, and I was going bankrupt in every way.  Decisions had to be made. By April we were separated and by the time the heat came, I had a  new home of my own. The intervening months were brutal,  and I was beyond exhausted. For the rest of the summer I did nothing except rest and let the heat of the sun bleach the sadness from my bones. That and write.

Through it all I learned and learned and learned. Mostly about myself. I learned that suppressing my desires to please another never works. It hasn’t one single time in my life, and now I know that it never will. There is a difference between caring for others and denial of self. I learned a lot about walking the middle-path and being true to myself. I made a doctor’s appointment and got medical concerns taken care of, something I never seemed to have time for with S.  I kept telling myself to be courageous, and I made some really hard calls. Once I re-connected with friends and allowed them to support me and take care of me, I felt much less isolated. I learned that some people will have my back if I give them half a chance. And that receiving is as important as giving, for everyone.

I left the narcissist in my life and survived. In fact I’m thriving. The hard times aren’t over, and I’m okay with that. It still hurts and there are days I’m scared. But I have all the time in the world to heal and to get to know myself, and to learn how to treat myself lovingly. I learned so much that maybe some day I won’t quite mind so much the price I had to pay. One thing for sure though, I’m leaving 2016 behind a lot more humble and grateful then when I started out. Cheers to 2016, my year of alchemy.